If ever there was a time to start following City Council Chronicles, it was August. And I’ll give you one hint why:

That’s right, we picked the top 10 city council selfies and showcased them to the world! But we had plenty of other serious news to cover, too. Have you heard of the mayor with a rat infestation?

Or the seven city council members who blocked an anti-discrimination measure?

That is some pretty serious fare. But you can also find more lighthearted segments with the council member who reenacted a medical drama and a role-playing exercise for teen engagement.

To engage yourself in a whirlwind of activity, check out the August Month in Review.

And if you aren’t a big reader, you’re in luck, because we’ve got images galore like this one: 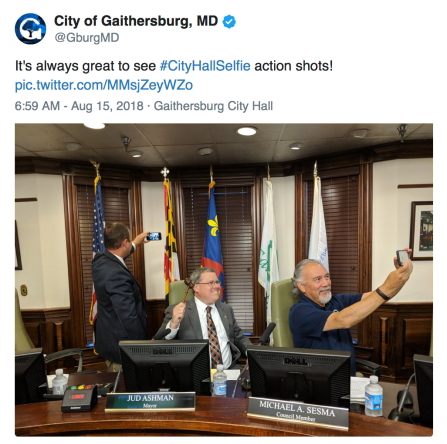