It was an electrifying week to embark on our first international city council review! Less electrified was my accountant, who has since advised me to “never, ever fly First Class to Canada again, you moron.”

Anyhow, there was waaaaay too much cool stuff about the Toronto city council to mention. So I’ll mention it all here in the form of a handy list.

In the U.S., council meetings usually kick off with the Pledge of Allegiance and occasionally a prayer. In Toronto, a choir sings the Canadian national anthem on top of a sweeping video montage. Come on, America, where’s our inspirational stock footage?! 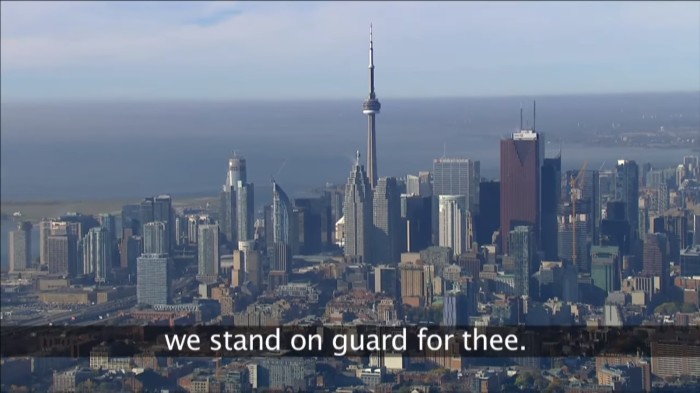 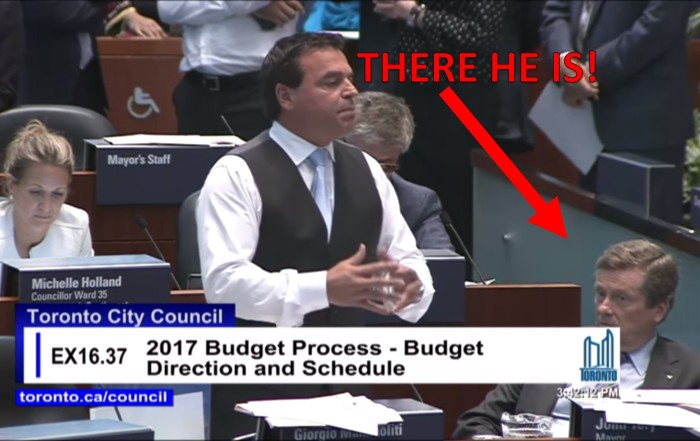 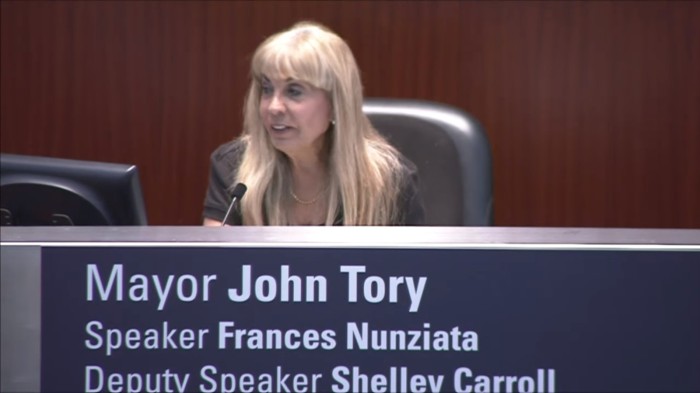 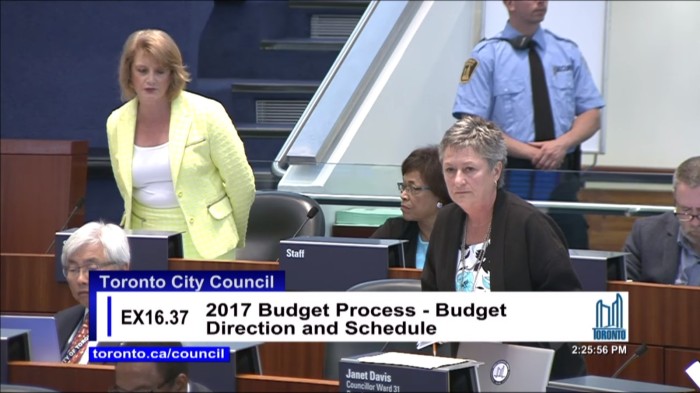 “There’s very few councilors who don’t know exactly where their camera is,” Councilor Shelley Carroll told me. “You pretty much get your media training on the job pretty fast.”

5. They can’t talk directly to people. 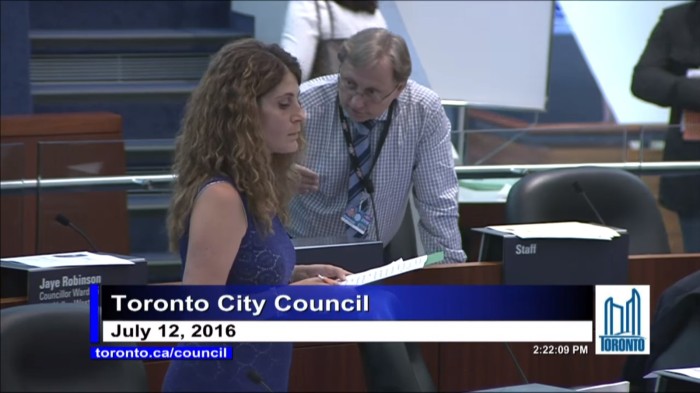 “Hey, Michael, what do you mean by that?” you might ask.

Explained Carroll: “You’re not supposed to take somebody on. Canadian cities try to treat themselves like they’re a House of Commons.” Yes, we wouldn’t want councilors to confront each other…any more than they usually do (see below).

When councilors vote with their machines, they hear a steady pulsating chime–imagine an autotuned version of a garbage truck’s back-up beeper. It’s kind of hypnotic. I wonder if anyone has dozed off while voting.

7. A lot of people ACTUALLY watch.

Councilors have a time limit on asking questions. The speaker butts in when they are done to say, “that was your last question.” And then she cuts their mic! Given how Toronto’s council meetings often stretch into double-digit hours, you better believe time limits are necessary. But I have yet to see another council that plays stopwatch cop like this.

9. They are very polite.

Of course they’re polite–this is Canada! There were so many “sorrys” that I lost count. Like in this exchange between Councilor Josh Colle and the deputy city manager:

Colle:  What has been the increase in property taxes collected?

Colle: You might have it the other way around?

On the other hand,

The council has a “bylaw,” which members invoke if they think someone is behaving poorly–for example, by insulting the staff. Councilors can also challenge Speaker Frances Nunziata on her rulings. In return, the speaker sometimes snaps at them about wasting time and keeping the noise level down. During the Rob Ford shenanigans, antics were even worse: