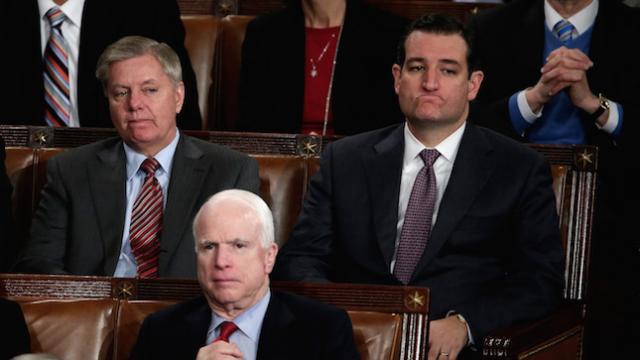 FOR IMMEDIATE RELEASE–This evening, City Council Chronicles Editor Michael Karlik gave the second annual State of the City Council Meetings address to a joint session of Congress. Reports are that nearly all senators stayed awake and a stunning nine of ten House members did not walk out. By any measure, it was a success. Below is a rush transcript and audio of the entire speech, which is also available on iTunes, Stitcher, and Player FM:

Mr. Speaker, mayors, council members, Mom: ever since this project began in April 2016, we have chronicled the city council meetings of over 200 cities on four continents in eight countries. And none of them were sh*tholes.

Now, some have questioned my ability to chronicle that many city councils. But I assure you, as someone who is 6’3″ and 239 pounds–239? Is that what we’re going with, Doc? Great–and 239 pounds, I am in perfect health. I could easily do this for another four to eight weeks before I get bored and start reviewing Star Wars instead or something.

But I do not keep watch over the world’s city council meetings by myself. My team of unpaid interns with questionable citizenship status work 18 hours a day reviewing footage, checking Robert’s Rules of Order, and not finding out what OSHA is. And—do not clap for them! Justice Breyer, DO. NOT. Anyway, I am thankful for my interns and as soon as I find out what college credit is, I will consider giving it to them.

Speaking of being thankful, tonight we have some esteemed guests in the gallery. Sitting next to the First Lady is past podcast guest Andy Richardson, city councilman in Charleston, West Virginia, who has since announced that he is running for mayor. Good luck, Councilman. And remember, you’ll always be the mayor of my heart.

Next to him is Lauren McLean, council member in Boise, Idaho who, surprisingly, was elected her council’s president this year. Council Member McLean was a former Scottish Highland dancer, so she’s no stranger to unusual moves.

And finally, we have Fresno, California Council Member Esmeralda Soria, who appeared on the podcast back in December as council vice president, but totally and expectedly became council president this month. But get this: outgoing President Clint Olivier tried to pull a fast one on her by simply not handing over the gavel until she called him out.

When Council Member Soria appeared on the podcast, we talked about her council’s tradition of giving a parting gift to the outgoing president.

In case you were wondering, Clint Olivier received a watch and a Captain America portrait. And because he made it into this speech, I am also sending him a check for $10,000–what’s that? My horse lost at the track? Okay, scratch that. I am instead sending him, uh, let’s see…these, oh, these note cards that I am reading off of. So yeah, collectors items. Please clap.

Ladies and gentlemen, one brand new feature we rolled out this past year on the podcast was the Listener’s List–where anyone anyplace in the world could send me hot tips on city council hanky panky. We receive dozens of calls on the hotline each minute, so if you can’t get through, send your scoop to presssecretary@whitehouse.gov or through the City Council Chronicles Facebook page. One Listener’s List item became its own podcast episode last year, and it involved a marriage proposal in Flower Mound, Texas.

Thank you, Jimmy. And thank you, Mr. Mayor, for keeping my secret. You know, the one involving, uh, herpes. The State of the City Council Meetings address is typically a time for good news. But because I am standing in Congress, where you cannot swing a dead cat without hitting someone with the competence of a dead cat, let’s get into that weird sh*t. Huh?! Senator McCain, you know what I’m talking about!

I spoke with recently retired Councilor Alberto Garcia of Westminster, Colorado about a bizarre month-and-a-half his city council spent dealing with one colleague who had a score to settle.

I meant every word of that. Stand back! I’m soaked in deer urine. I don’t get much out of it, but it’s fun for the deer. Folks, normally the biggest threat a council member has to deal with is being yelled at by an angry public commenter. Oh, and bees. Bees are the silent killer. But in December, Lord Mayor Lesley Alexander of the city of Bristol walked me through a terrifying encounter she once had with a council saboteur.

That is why I never travel anywhere without my team of snipers. Plus, my own Colt .45. Stand back! It is loaded and soaked in deer urine. The deer was a little nervous but the gun enjoys it.

Well, I see the hour is getting late and half of the South Carolina delegation is falling asleep–and not the good half. I’m kidding; there is no good half. Let me finish this address by reminding everyone that city councils are human. They cannot solve all problems, and that limitation can be frustrating and depressing. Nowhere was that better illustrated than in Juneau, Alaska, when I talked with Assembly Member Jesse Kiehl. I leave you, the nation, and the world with this story of when councils fall short.

One thought on “State of the City Council Meetings Address 2018”